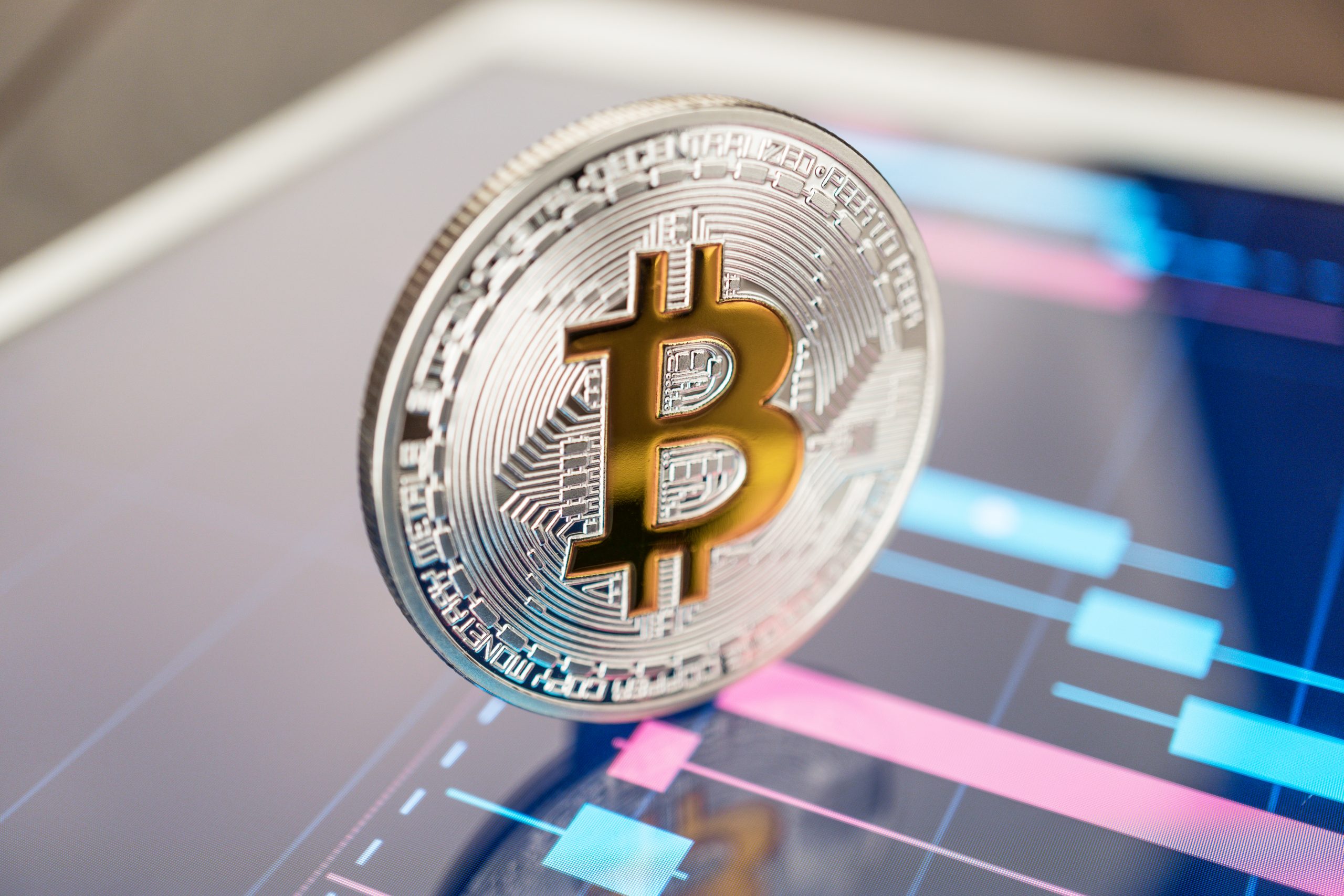 Bitcoin is a peer-to-peer monetary network based on a decentralized internet protocol. Protocol, software, and network are referred to as Bitcoin (B), whereas Bitcoin (b) is used to describe the native monetary asset.

What is Bitcoin’s business model?

Bitcoin is not owned by any corporation. Of put it another way, Bitcoin is more like a man-made equivalent to gold. A question like, “How does Bitcoin produce money?” is as absurd as a question like, “How does gold make money?” Incentives are built into the Bitcoin network to ensure that it performs and operates well. As a result, Bitcoin is sometimes referred to as a “living creature” that compensates “miners” (those who work hard to maintain the network running). Decentralized autonomous organizations (DAOs) such as Bitcoin are the first of their kind to replicate the functions and operations of a central bank.

Who owns the Bitcoin?

Because Bitcoin is made out of a loose and decentralized community, it is simultaneously owned by everyone and no one. Everybody can use the Bitcoin network just as everyone can use email. It does not have a CEO, no sales force, no marketing department, and no emergency hotline.

Satoshi Nakamoto, the pseudonymous founder of Bitcoin, established it as a peer-to-peer electronic currency system. The original inventor of Bitcoin is still a mystery to this day. The only thing we know for sure is that Satoshi built on a number of cryptographic and computer-related discoveries to create what is now known as Bitcoin. There’s a long history of excellent ideas that didn’t work out because of numerous reasons.

What’s the point of it, exactly?

In order to build a new global settlement system that is completely independent of the current financial system, Bitcoin was developed. It’s a new economic institution that reduces the amount of confidence people place in it. Because it is decentralized, Bitcoin provides a monetary policy that is always provable and cannot be tampered with algorithmically. Because of Bitcoin’s built-in autonomous property system, its asset may be possessed by a single person in a sovereign capacity. Any amount of money may be sent and received at any time and from anybody, anywhere. It’s a worldwide value transfer network that’s impervious to censorship. For this reason, Bitcoin was designed to uphold human rights and to be outside of the control of governments and national laws. In short, Bitcoin is a currency that is owned by the people, created by the people, and for the people.

How Revolutionary is it?

In other words, the Byzantine Generals Problem is a thing of the past thanks to Bitcoin’s ingenious solution to the double-spend issue. Because of Bitcoin, digital scarcity has become a reality. Bitcoin, on the other hand, is not only very rare, but is also unconnected to any authority. As a result, Bitcoin symbolizes the decoupling of money from government. Digital gold and the digital dollar are being combined in a non-governmental, spontaneously formed union. As the first digital (i.e. informational) scarcity currency, Bitcoin maintains the near-instant mobility of email and relies only on verification to function. Bitcoin, unlike any other method of transmitting money via the internet, does not need a third-party intermediary, such as a bank or a broker. As a result, Bitcoin is the world’s first neutral digital payment infrastructure that is accessible to everyone and not held by any one firm. This is a significant advancement in both technology and money itself.

What is the total supply of Bitcoin?

The exact amount of 21 million bitcoins is enshrined in the protocol itself. There will only ever be 21 million bitcoin if the whole community refuses to agree to modify it. As a result, no matter how much effort is put into manufacturing more, the quantity of bitcoin cannot be expanded. Despite the fact that the total amount of bitcoins is a fixed number, each bitcoin may be divided into 100 million satoshi (sats). The Bitcoin system’s smallest unit is called a satoshi.

What exactly is Bitcoin mining, and why does it matter?

Create and distribute the fixed quantity of 21 million bitcoins. Bitcoin mining is required in order for this to occur. Cryptographic riddles must be solved by millions of computers throughout the globe, and the solutions are then uploaded to the blockchain. Any miner who solves the riddle first in this worldwide competition will get some extra bitcoins in compensation (called the block reward). At the time of writing, the prize for mining 6.25 bitcoins is being offered. Every four years, the pace at which new bitcoins are generated about every 10 minutes decreases by half. Starting with 50 bitcoins every 10 minutes, the rate was reduced to 25, then 12.5, and presently stands at 6.25. By the year 2140, it is predicted that all bitcoins will have been mined. More than 18.6 million bitcoins are in use as of March 2021; this leaves an estimated 2.4 million coins to be produced.

Is Bitcoin a medium of exchange?

The qualities of money will help us answer this issue. All of these qualities are present in money, which is a currency and store of value that may be used to trade goods and services as well as store value. When seen through the prism of these six traits, bitcoin seems to be almost perfect. As a result, the answer to this question must be ‘yes, bitcoin is money.’

This is a major problem with bitcoin as money right now: money should provide its owners with price stability in relation to other currencies and actual things as well. Throughout the previous decade, Bitcoin has been incredibly volatile. Although it has boosted its buying power 10,000-fold, there have been periods of extreme price volatility. Bitcoin has so far failed miserably to deliver long-term stability and security to its users.

However, is there a possibility that bitcoin’s price volatility may improve? The fixed quantity of 21 million bitcoins, of which over 19 million are now in use, is a threat to price stability. Demand-induced volatility will always be a possibility. The fact that bitcoin is still in its early stages of development and usage bodes well for its price stability in the future. Volatility is predicted to lessen as bitcoin proceeds through this monetization phase. The price of bitcoin is expected to be as volatile as gold after the monetization process is complete. Bitcoin, on the other hand, has a lot of growing up to do before it can deliver more stable pricing.

The Lindy effect is just another argument in favor of Bitcoin’s currency status. As a rule of thumb, the longer a technology or concept has been around, the greater the likelihood that it will last. There’s a good chance that Bitcoin will be around for at least another 12 years. Every year that goes by will just make it more likely that it will survive for many more. There is a correlation between the amount of time Bitcoin has been in existence and its likelihood of doing so in the years ahead.

The rarity of a product may have a significant impact on its price. The more precious an item is, the more uncommon it is. Because there can never be more than 21 million Bitcoin in existence, it is the first scarce digital item.

It’s hard to say just how much a bitcoin is worth.

The simplest answer is: what the market is willing to pay. But the Bitcoin phenomena deserves more than a simple explanation. Consequently, Bitcoiners began using the stock-to-flow ratio, which is also employed in the precious metals industry (s2f). How many new bitcoin are created each year compared to the total number of bitcoin in circulation? This ratio provides us with this information. The more valuable (rarer) a product is, the lower its share of a given flow is when it reaches the market. This ratio will be 0 in the distant future since the quantity of bitcoin reduces every four years (halving). The s2f ratio of bitcoin until the next halving in 2024 is comparable to that of gold.

Because of the low s2f ratio and the fact that the total number of bitcoins is limited, it is easy to see why bitcoin is valuable. However, it does not address the issue of how much a bitcoin will ultimately be valued in US dollars.

The s2f cross-asset (S2FX) model was designed by PlanB, a Dutch investor who goes under the alias PlanB. It claims that bitcoin progressed through six stages, beginning with proof of concept, then payments, then e-gold, then financial asset, then silver, and last gold, according to the document (current phase).

Each time the bitcoin s2f ratio halved, the market capitalization of bitcoin grew to an asset with a comparable s2f ratio (there was a lot of connection in the past), therefore each phase got its own moniker. According to the prediction, bitcoin’s market value will be equivalent to that of gold in the years 2020-2024, since the s2f ratios are now similar.

Where can I acquire Bitcoin easily?

Yes, it really is that simple. You only need a credit card and a smartphone to get started. There are several applications available that allow you to buy bitcoin with a credit card right from your smartphone. For major transactions, it is advisable to compare exchange costs since they might vary dramatically. To ensure the safety of your bitcoins, you should move them from the exchange to a personal wallet like Trust Wallet, Trezor, or Ledger Nano as soon as you make the transaction.

Getting cash out of Bitcoin is easy, but how do I do it?

Yes. As a result, Bitcoin is a highly tradable asset. Bitcoin to cash conversion rates are competitive on dozens of exchanges throughout the globe. A minor fee is often paid for the transfer of fiat money from an exchange to a bank account.

The following is a typical conversion and withdrawal flow chart. Personal Bitcoins are transferred from a user’s wallet to an exchange’s personal Bitcoin address. Coinbase is a place where you can buy and sell bitcoins at the current exchange rate. The markets are open 24 hours a day, seven days a week. The monies may be transferred to an individual’s bank account after the assets have been transformed.

Bitcoin ATMs are another option for cashing out your cryptocurrency. Users may buy and trade bitcoins anonymously using these computers. You may cash out your bitcoins by sending them to the ATM’s public address and receiving the equivalent in local money.

How much should I put into Bitcoin?

It is possible to think of bitcoin as a savings account, according to some people. Bitcoin is a great long-term investment option for those who don’t require the money for everyday expenses or other investments.

Due to its limited supply, Bitcoin is likely to rise in value over the long run despite its volatility. It is better to buy bitcoin on a regular basis (e.g., once a month) in order to reduce your reliance on price fluctuations.

You should never put more money into an investment than you can afford to lose, though. There is no assurance that Bitcoin will continue to be as trustworthy as it has been so far (also, the same is true for fiat currencies). Following Warren Buffett’s advice, it is important to do thorough study and obtain a thorough grasp of the investment before making a purchase. Although this book is a wonderful place to begin learning about Bitcoin, there is still a long way to go.

There are those who feel that the banking and financial system is unstable, centralized, and consequently hazardous because of their ideological beliefs. Therefore, they have a large portion of their assets in nontraditional financial institutions. To pay for products and services, bitcoin and other cryptocurrencies are stored in a wallet and only converted into currency when necessary.